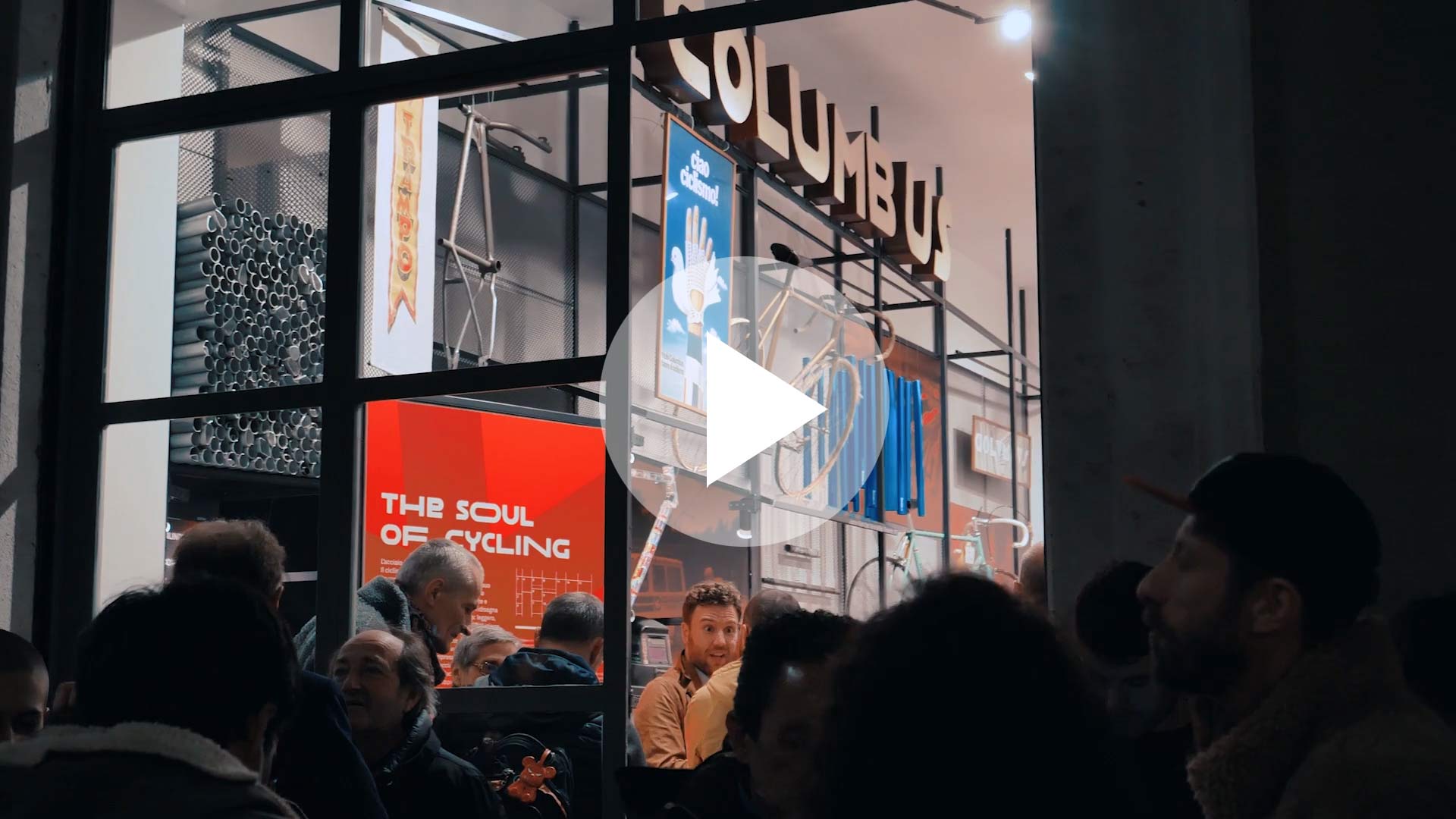 The exhibition displays a selection of Columbus tubing sets (the eight or eleven tubes that compose the frame of a bicycle), with their special characteristics: AELLE 55, SL, AIR, SLX, MAX, Genius, OR, Starship, XCr, just to name some of them, to illustrate an ideal path of technological innovation over the last century in the bicycle industry. The show reveals the crucial contribution the company has made to the evolution of bicycles, opening up unprecedented possibilities in terms of material, lightness, design and assembly. Creating, for example, the first variable thickness reinforced tubing in chromium-molybdenum alloy steel in the history of cycling, and the first cold-rolled elliptical fork blades.

In the overview, a large section of the exhibition focuses on the results of use of the innovative tubing series: bicycles that have brought victory to outstanding teams and champions like Coppi, Anquetil, Ole Ritter, Hinault, Gimondi, Merckx, De Vlaeminck, Lemond, Moser, Argentin, Oersted, in every field of competition, from the Hour Record to the great Classics and Monuments. They are narrated from an original perspective, offered recently by studies and rediscoveries in the Archivio Storico Columbus (Columbus historical archive) as it takes form (a true “open work” that will generate a unique contribution to the discipline of corporate history), through fragments of stories, objects, press releases, catalogues, advertising, gray literature, jerseys, caps, letterbooks and curious anecdotes, pointing to questions that at times pose quandaries for the curators themselves.

The other section of the exhibition contains items “hors concours”: bicycles, frames, machinerie, working tools, commemorative objects, as a natural compendium of the first section, to sum up – in narrative and physical terms – the celebration of the first 100 years of a Milanese metallurgical manufacturer, as indicated in the subtitle of the entire initiative.
The goal of this second exhibition in the Columbus Continuum program is to reveal how the special (and centenary) heart of steel of Columbus metaphorically but also physically crosses the history of cycling and the history of enterprise, of Italy and the world: in terms of means, thought and production.

We would like to extend particular thanks to the organizations, museums, companies, individuals and friends of Columbus in general that have contributed with passion, generosity and expertise to the creation of this exhibition.

Columbus “a night with” Richard Sachs!

Columbus “a night with” Richard Sachs!

Hi-Performance Italian Bicycle Tubes, Forks & Components, made of Carbon and Steel
The soul of cycling since 1919
#columbus1919 #thesoulofcycling

Japanese fans! We will be at Tokyo Bike Show with

A Columbus icon, at the peak of carbon technology:

Back to business after the Christmas holidays and

Still very cold outside but that won’t stop you

Explore our full range of forks on our website! 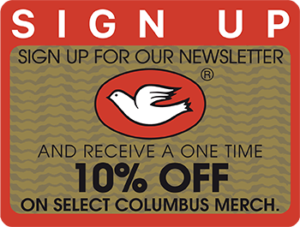 *Voucher Not valid on Bikes and Frames & not combinable with any other offers.
By subscribing to our newsletter you are agreeing to our Privacy Policy.